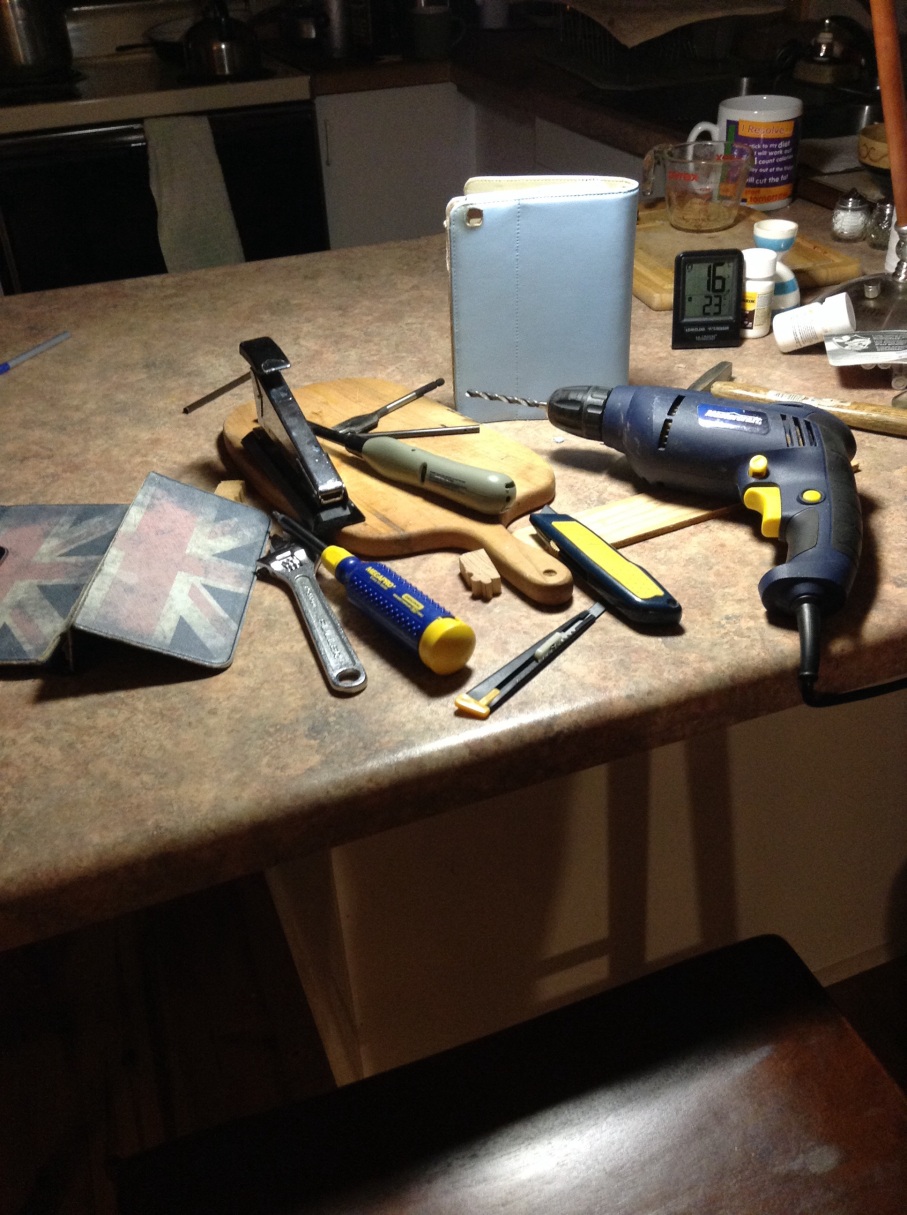 It started innocently enough.  The little blue cover looked like a perfect replacement for my iPad cover.  The old cover had started out with a cool ” distressed” Union Jack vibe and over the course of a couple of years descended into sloppy rag status.  While no one knows better than I that such an image can be a “look” all its own, I felt a valuable device to which I am hopelessly addicted deserved a little more protection.  So, when my dear companion ( watch this space for a piece on what to call a “boyfriend” when one is over …well over …..60) so when he spotted the neat blue number at the Salvation Army shop for three dollars, we grabbed it.

Next scene, two puzzled baby boomers finally figuring out that this was not an ipad cover but some protector for a device that went the way of the dodo five minutes after it’s invention. “Wasn’t there some sort of Kindle thing that just let you read stories?” This incredulous question from someone who doesn’t even text!  Then the ominous words…”Don’t worry, honey.  I’m sure I can fix it a bit and you can still use it.”  The poor little blue cover lay forgotten for a couple of days and then I made the mistake of starting the modification.  Not to worry, my beloved handyman soon took over and after a few tricky manoeuvres and some judicious repair of my mistaken initial stab at the remodel, I now have a unique ipad cover.  I particularly like the burn effect at the photo aperture.  Makes it look like something exploded on a particularly raunchy shoot.  “Here, take a look at this retina burner”.   After I finished sewing up a poorly thought- out slit I made with an exacto knife, it was perfect.  And who knew dental floss was the perfect thread for Chinese plastic?  Despite a few suppressed attempts to throw the little blue cover into the wood stove during this whole operation, I think buying it was three dollars well spent.  Persistence and patience were thrown in as part of the bargain.

3 thoughts on “A challenge”