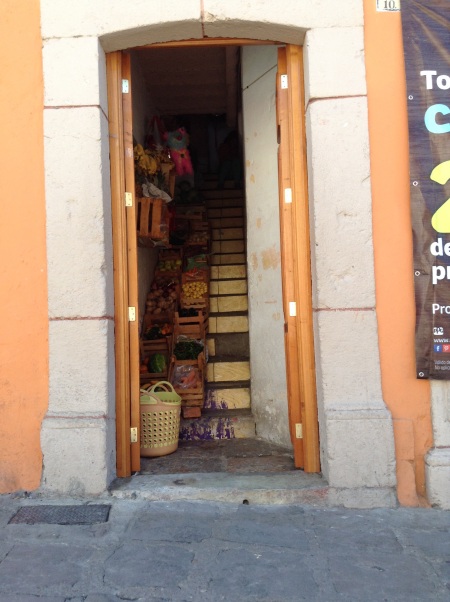 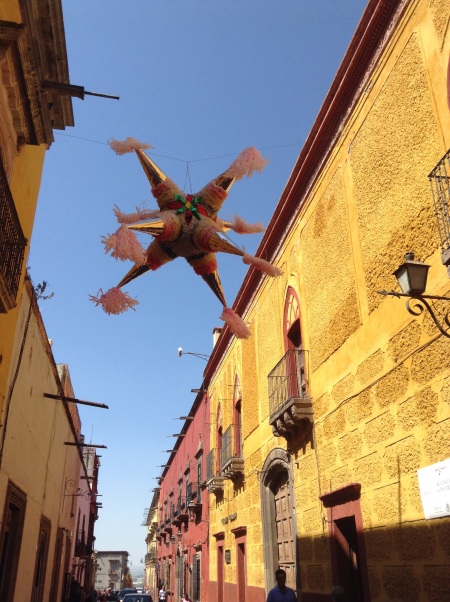 Today just a few scenes from a fine day walking around the city.  Besides the lovely colonial architecture which has been preserved in San Miguel we often see something pretty to catch the eye.  I love this piñata high over one of the streets leading from the central garden.  Don’t know who will be able to find a stick long enough to break that one.  In a shop that specialized in paper mâché figure piñatas, I saw a Donald Trump one.  But this a post about beautiful and intreiging things so I’ll leave that alone!

Yesterday there was was a book fair in another of the squares, close to the bus terminal.  All the boks were in Spanish and I had a pleasant few minutes resisting the temptation to buy a poetry book.  I have discovered the South American poets  and think I should stick to studying them in English first!  I wonder if someone could translate the poster for me.  I think I have the first part worked out but the end eludes me. Come on readers, help me out here!

I love the little shop of fruits and vegetables stacked up in a stairway.  It is this sort of ingeniouity that is lost in Northern societies, perhaps.  You can see a picture of the knife grinder on his bike too.  For a while I was puzzled by a shrill whistle I heard every so often.  Then I realized it was the knife and scissors sharpener who called his customers this way.  He goes around on a bike and when he has a blade to sharpen, fixes the wheels and turns the grindstone by pedalling.  I am always a little shy of taking people’s pictures when they are working….others not so, as you see.

This much for today and more observations to follow. 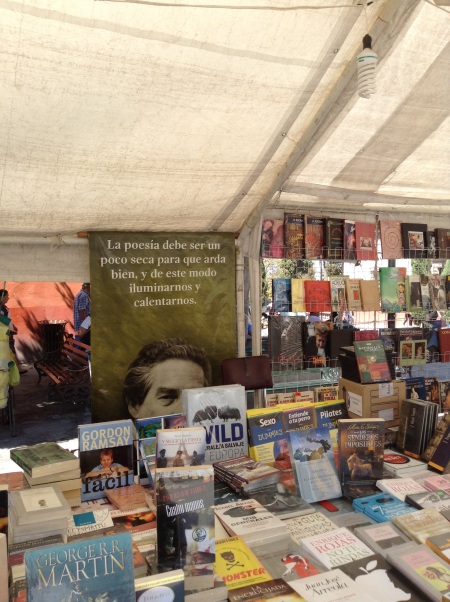 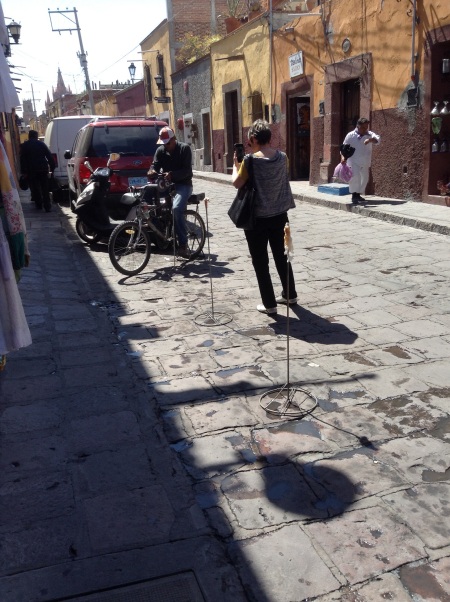