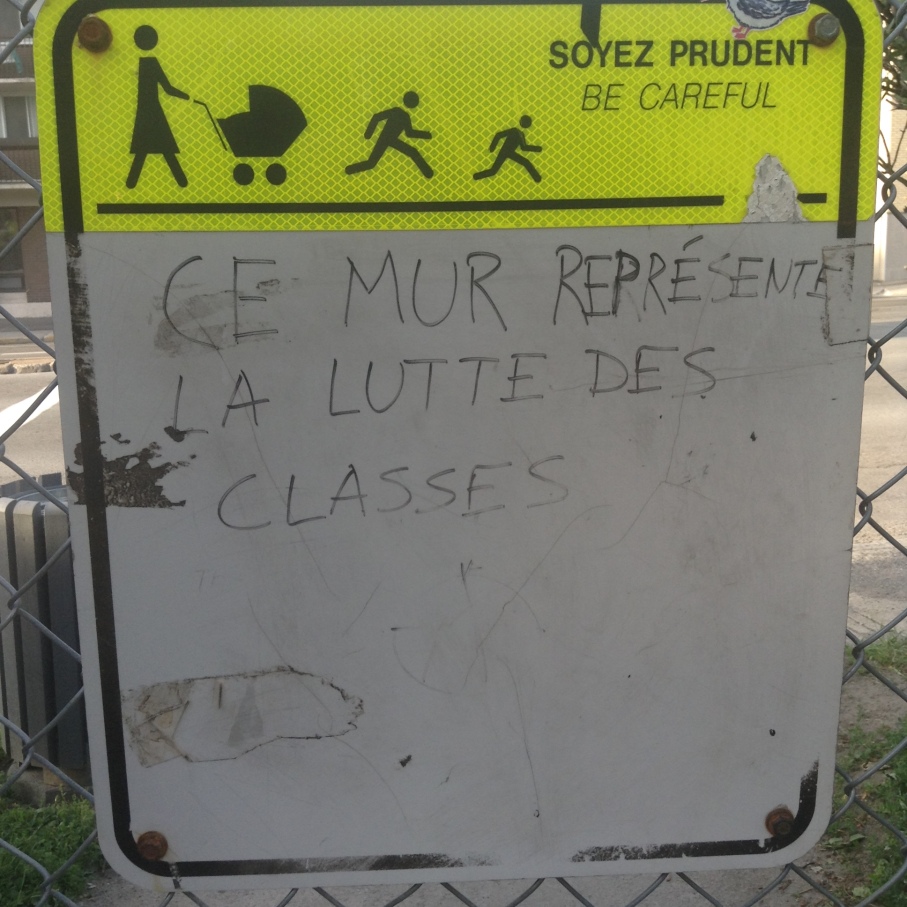 It has been a long time since I went for a walk in the Town of Mount Royal.  TMR as we call it here in Montreal is an independent municipality completely surrounded by the rest of the city.  It was founded in 1912 as a sort of ideal garden suburb.  It is home to about twenty-five thousand affluent people.  It has a great layout with city services such as the library, city hall and community facilities in the centre and streets and crescents extending out like spokes in a wheel.  The houses are large and surrounded by pleasant gardens.  There are some nice apartment buildings on the main boulevards that make an X through the town.

On the east side, it is bounded by a small teeming community called Park Extension. I once lived in that part of town.  About forty yeas ago when my children were little TMR had a problem.  Their families were small and it was hard to keep up enrollment in the schools of the town.  Right across a huge boulevard ironically called L’Acadie Blvd. (there was nothing Arcadian about it) our crowded part of town was bursting at the seams. Someone had the bright idea to bus some of the poor kids in Park Extension into the affluent town and fill up a few school rooms.

As a young mother I heard about this scheme and made sure my kids were on the list to get bussed into the good schools.  By some weird system dreamed up  by bureaucrats only certain addresses in Park Extension were eligible .  My poor husband (my ex now) had a hard time understanding why I steadfastly turned up my nose at apartments on the west side of a street while I seemed willing to accept a dump on the east side.  It is very frustrating to try to explain something that makes no sense but thanks to pure stubbornness on my part we finally ended up in a bus zone.  My kids really benefited from going to Dunrae Gardens school.  I often wondered what the bus drivers thought of driving the children back and forth in the mornings, at lunch time and in the afternoons.  He or she had to take a meandering route because of the long chain link fence between Park Extension and TMR.

I was reminded of all this today as I took a long walk through TMR. All these years later the fence still stands between these two communities.  It is disguised by a high hedge but it is still a solid fence that separates rich and poor.  There are gates here and there and people from Park Extension can get in to go for walks among the green lawns and mansions.  I’m pretty sure no one from the other side comes for their evening stroll to Park Ex. among the small duplexes, the ethnic groceries, the pizza shops, the laundromats. The ethnic mix has changed over the years but still no rich people live here.

TMR has changed too.  It used to be a stronghold of rich Anglos.  Now French speakers are in the majority but the population is still mainly white and mainly Christian according to the latest census.

What is the use of the fence?  What does it mean and why does it still exist?  You can see from the picture that someone made an editorial comment on a safety sign on one of the gates.  “This wall represents the class struggle.”  Well, does it?